TOKYO, Aug 2 (Reuters) – A Belarusian sprinter refused to get on a flight from Tokyo on Sunday after being taken to the airport against her wishes by her team following her complaints about national coaching staff at the Olympic Games.

Krystsina Tsimanouskaya, 24, was still at Tokyo’s Haneda airport in the early hours of Monday.

The International Olympic Committee said it had spoken to Tsimanouskaya and that she was being accompanied by a Tokyo 2020 staff member at the airport.

It added the IOC and Tokyo 2020 would continue their conversations with Tsimanouskaya and the authorities “to determine the next steps in the upcoming days”.

The incident on Sunday, first reported by Reuters, highlighted discord in Belarus, a former Soviet state that is run with a tight grip by President Alexander Lukashenko. In power since 1994, he faced a wave of protests last year, which some athletes joined.

Tsimanouskaya said coaching staff had come to her room on Sunday and told her to pack. She said she was then taken to Haneda airport by representatives of the Belarusian Olympic team. 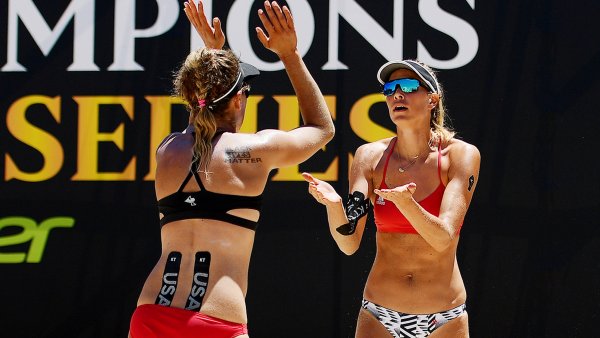 But she refused to board the flight and sought protection from the Japanese police instead, telling Reuters in a message over Telegram: “I will not return to Belarus.”

The Belarusian Olympic Committee said in a statement that coaches had decided to withdraw Tsimanouskaya from the Games on doctors’ advice about her “emotional, psychological state”.

The committee did not immediately respond to a request for additional comment.

Earlier, a Reuters photographer saw the athlete standing next to police at the airport. “I think I am safe,” Tsimanouskaya said. “I am with the police.”

In a video published on Telegram by the Belarusian Sport Solidarity Foundation, Tsimanouskaya asked the IOC to get involved in her case.

A source at the foundation, which supports athletes jailed or sidelined for their political views, said Tsimanouskaya planned to request asylum in Germany or Austria on Monday.

“We appealed to a number of countries for help,” said Herasimenia, a three-time Olympic medallist. “But the first that reacted was the Polish consulate. We are ready to accept their help.”

She said she had been removed from the team due “to the fact that I spoke on my Instagram about the negligence of our coaches”.

Tsimanouskaya had complained on Instagram that she was entered in the 4×400 m relay after some team members were found to be ineligible to compete at the Olympics because they had not undergone a sufficient amount of doping tests.

“Some of our girls did not fly here to compete in the 4×400 m relay because they didn’t have enough doping tests,” Tsimanouskaya told Reuters from the airport.

“And the coach added me to the relay without my knowledge. I spoke about this publicly. The head coach came over to me and said there had been an order from above to remove me.”

The head of the Belarus athletics team in Tokyo, Yuri Moisevich, told state-owned broadcaster STV that the decision had been taken to make changes to the relay team, but they did not announce it immediately so as not to disrupt the athletes’ preparation.

“We intended to tell her everything, to explain it, especially as she was a reserve,” Moisevich said.

“She has a right to international protection & to continue participation in the @Olympics,” Tsikhanouskaya wrote on Twitter. “It is also crucial to investigate Belarus’ NOC violations of athletes’ rights.”

Tsikhanouskaya later compared the incident to the forced landing of a Ryanair jet in Minsk in May to arrest dissident blogger Roman Protasevich and his girlfriend, and proposed that all those involved in the “attempted kidnapping” of Tsimanouskaya be added to EU and U.S. sanctions lists.

“No Belarusian who has left Belarus’ borders is safe because they can be kidnapped, just like Krystsina Tsimanouskaya or Roman Protasevich,” she wrote on Telegram.

“It is betrayal and treachery, which was directed towards the Belarusian people and her fellow athletes,” STV cited Utkin as saying.

President Lukashenko was faced with mass street demonstrations last year over what his opponents called rigged elections, and ordered a violent crackdown on protesters. The president denies the allegations of vote-rigging.

Others lost their state employment or were kicked off national teams for supporting the opposition.

During the Cold War, scores of sports people and cultural figures defected from the Soviet Union and its satellite states during overseas competitions or tours. But the freedom of travel that came with the fall of the Soviet Union in 1991 saw the need for such dramatic acts dwindle. (Reporting by Gabrielle Tétrault-Farber; Additional reporting by Kiyoshi Takenaka and Alexander Marrow in Moscow; Editing by Frances Kerry, Giles Elgood and Daniel Wallis)

Latest News Local Things to do