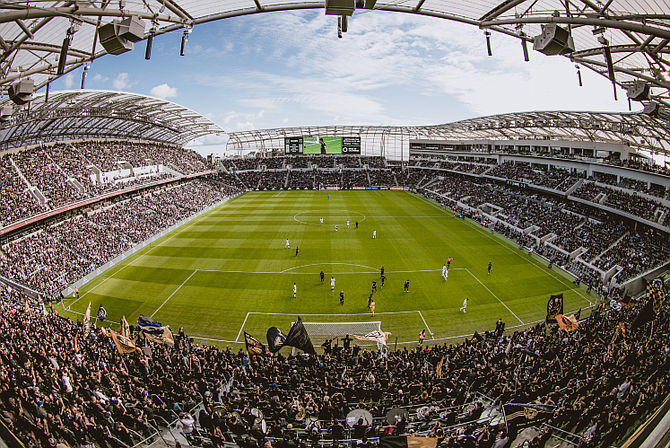 Packed stands at a game between LAFC and the Portland Timbers.

A story in the Oct. 18 issue headlined “Homegrown Hope” misstated the revenue of Homeboy Electronics Recycling. Its revenue is $2.1 million.