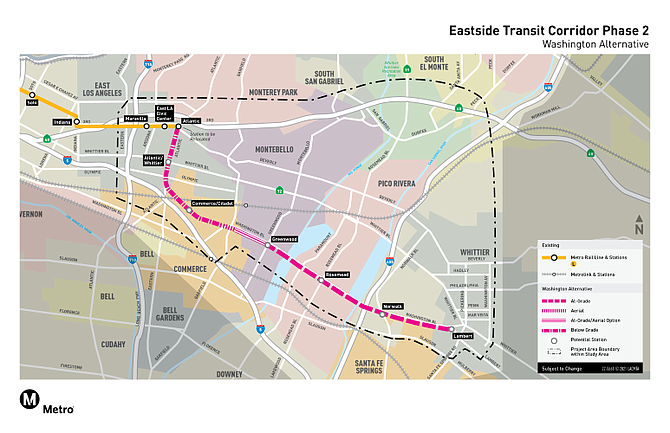 ROUTE: The proposed corridor starts at the current Eastside Transit Corridor terminus at Atlantic Avenue just east of East Los Angeles Civic Center, heads south to Washington Boulevard, then southeast along Washington through Commerce, Montebello, Pico Rivera and ending in Whittier. LENGTH: Approximately 9 miles NUMBER OF STATIONS: 6 COST: $3 billion PROJECTED CONSTRUCTION START DATE: 2029 PROJECTED CONSTRUCTION COMPLETION DATE: 2035 NOTABLE: For several years, this was one of two main route options. The other would have run along the 60 (Pomona) freeway to South El Monte and cost another $3 billion to build.

A tornado destroyed a Kentucky nursing home. All of the residents survived. – USA TODAY