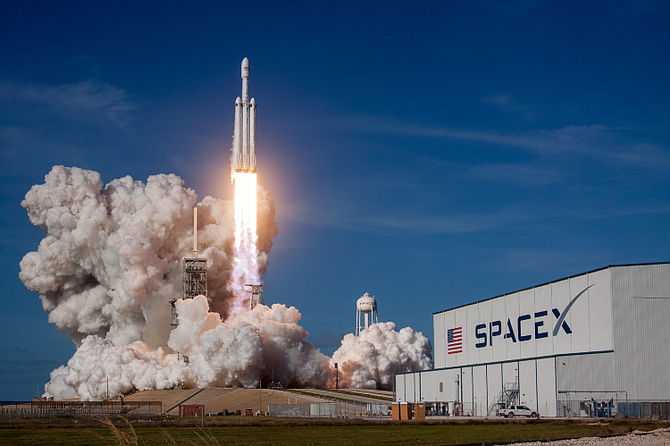 NASA will use its Falcon Heavy rocket for the mission.

The U.S. Government Accountability Office ruled in favor of NASA awarding a $2.9 billion lunar lander contract to SpaceX on July 30. The competitive contract had been suspended since April when South Kent, Wash.-based Blue Origin and Huntsville, Ala.-based defense contractor Dynetics Inc. filed a protest days after it was awarded, calling the contract unfair.

Under the contract, SpaceX will develop a “commercial human lander” to take two astronauts to the surface of the moon, NASA said in April when it first awarded the contract to the company.

The dispute arose when NASA was given a smaller budget for the lunar lander project than it expected. The agency scrapped its original plan to contract two companies for the lunar lander, choosing SpaceX alone for the project on April 16. Blue Origin and Dynetics submitted a protest on April 26.

On July 26, Bezos attempted to sway the bid in Blue Origin’s favor, offering to waive $2 billion in fees for NASA if the agency chose his company for the mission instead.

“In the challenge filed at GAO, the protesters argued that the agency was required to make multiple awards consistent with the announcement’s stated preference for multiple awards,” the Government Accountability Office said in a statement. “In denying the protests, GAO first concluded that NASA did not violate procurement law or regulation when it decided to make only one award.”

The contract is one of several that NASA has awarded to SpaceX. On July 23, the company was awarded a $178 million contract for launch services for the agency’s mission to investigate Europa, one of Jupiter’s moons. The mission, called Europa Clipper, is scheduled for October 2024 and will utilize SpaceX’s Falcon Heavy rocket.

Live updates: Biden says he will ‘insist on nothing less than readiness’ during hurricane season – The Washington Post

Coronavirus Today: Were you a winner? – Los Angeles Times