Maryland repealed its half-century-old Law Enforcement Officers Bill of Rights. Washington state reformed use-of-force policies and created a new agency to investigate when officers use deadly force. And California overcame objections from police unions to make sure officers fired in one jurisdiction couldn’t be hired in another.

Those are some of the far-reaching policing changes passed this year in response to the 2020 killing of George Floyd in Minneapolis. But the first full year of state legislative sessions since his death sparked a summer of racial justice protests produced a far more mixed response in the rest of the country.

A number of states implemented incremental reforms, such as banning chokeholds or tightening rules around use of body cameras, while several Republican-led states responded by granting police even greater authority and passing laws that cracked down on protesters. 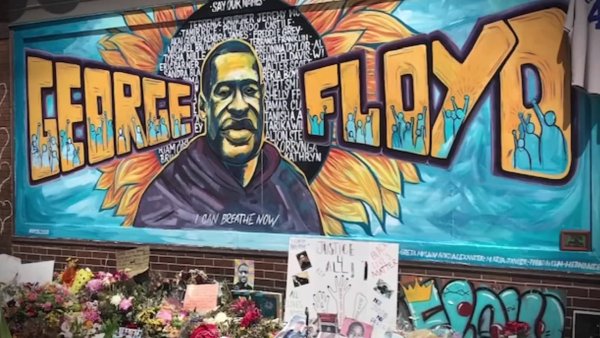 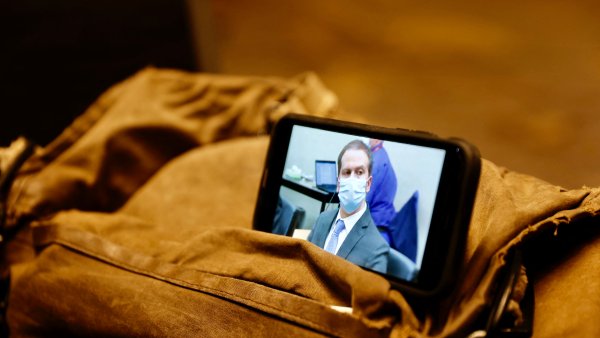 The state action on both sides of the debate came as Congress failed to implement policing reforms aimed at boosting officer accountability. The George Floyd Justice in Policing Act passed the U.S. House without a single Republican vote and then collapsed in the evenly divided Senate.

Jim Pasco, executive director of the Fraternal Order of Police, which represents more than 356,000 law enforcement officers, said he thinks it’s still possible for Congress to pass police reform, but perhaps only after another deadly case captures the nation’s attention.

“Sadly, the only thing we know for sure, it will be a tragedy that will precipitate change,” Pasco said.

He said the trend of states passing their own policing measures depending on their politics is creating more divisions in an already fractured country.

Partisan leanings were in play in Maryland, which 50 years ago became the first state to pass an officers’ bill of rights that provided job protections in the police disciplinary process, measures that eventually spread to about 20 other states. This year, it became the first to repeal those rights after lawmakers in the Democratic-controlled General Assembly overrode the veto of Republican Gov. Larry Hogan.

They replaced the bill of rights with new procedures that give civilians a role in police discipline. Democratic lawmakers also united to pass other reforms over Hogan’s objections or without his signature, including expanding public access to police disciplinary records and creating a unit in the state attorney general’s office to investigate police-involved deaths.

“Other states can use this legislation as a blueprint for creating meaningful police reform,” said Rashawn Ray, a senior fellow at The Brookings Institute.

In Washington state, an ambitious series of reforms will ban police from using chokeholds and no-knock warrants, create a new state agency to investigate police use of deadly force and change the threshold for when officers can use force. Some law enforcement officials have said they are not clear about what they’re required to do, which has led to discrepancies about how to respond to certain situations.

California created a statewide certification system for officers, in part to prevent police fired in one jurisdiction from getting a job somewhere else. The bill stalled in the legislature last year and struggled to gain support again this year in the face of opposition from police unions. It passed after it was amended to allow for the option of an officer’s license being suspended as a lesser punishment and to include other safeguards.

“This is not an anti-police bill. This is an accountability bill,” said Democratic state Assemblywoman Akilah Weber, who carried the legislation in that chamber. “Without any accountability, we lose the integrity of the badge, and the bond with the community is broken.”

California also required the state attorney general’s office to investigate all fatal shootings by police of unarmed civilians, specified when officers have a duty to intervene to prevent or report excessive force, and increased the minimum age to become a police officer from 18 to 21.

The state reform bills passed in 2021 are important because they help promote accountability for police, which can shift officer behavior as long as the changes are enforced, said Puneet Cheema, manager of the Justice in Public Safety Project at the NAACP Legal Defense and Educational Fund.

To try to prevent violent encounters with the police in the first place, she said governments need to limit what police are asked to do — such as whether or not they should respond to people experiencing a mental health crisis or make certain traffic stops.

“That is a longer-term shift that will lead to the broadest changes in police violence and the role that police play in people’s lives,” Cheema said.

Even some states with divided governments were able to agree on certain reforms.

In Kentucky, Gov. Andy Beshear, a Democrat, signed a partial ban on no-knock warrants approved by the Legislature, where Republicans hold veto-proof supermajorities. The bill was passed after months of demonstrations over the fatal shooting of Breonna Taylor in her Louisville home during a botched police raid last year. It permits no-knock warrants if there is “clear and convincing evidence” that the crime being investigated “would qualify a person, if convicted, as a violent offender.”

Many protesters and some Democratic lawmakers had sought a full ban, but the law does prevent cities and towns from banning the warrants completely.

North Carolina Gov. Roy Cooper, a Democrat, signed a bill passed by the Republican-led legislature that creates a public database where anyone can check whether an officer’s certification has been suspended or revoked. It also creates another confidential database showing cases in which an officer kills or seriously injures someone that is only accessible to law enforcement agencies.

In Louisiana, the Democratic governor and lawmakers in the Republican-controlled Legislature placed new restrictions on the use of chokeholds and no-knock warrants, required detailed policies for body camera and dash camera use, boosted law enforcement agencies’ minority recruitment efforts and required anti-bias training. They also agreed to require suspension or revocation of a police officer’s state certification if the officer committed misconduct.

Some states controlled fully by Republicans moved in the opposition direction and expanded the rights of police officers or cracked down on protesters.

In Iowa, Republican Gov. Kim Reynolds introduced measures at the start of this year’s legislative session to ban racial profiling by police and establish a system to track racial data for police stops. But lawmakers dropped those sections of her proposal and instead passed the Back the Blue Act, which Reynolds signed in June. The law makes it harder to sue and win monetary damages from police accused of misconduct, made rioting a felony and provides legal protection from lawsuits for the driver of a vehicle who might strike a protester.

Oklahoma Gov. Kevin Stitt signed a bill that increased penalties for blocking roadways and granting immunity to drivers who kill or injure rioters. It was prompted by an incident in Tulsa last year in which the driver of a pickup truck drove through a crowd gathered on an interstate as part of a protest against Floyd’s killing.

In Ohio, people attending a rally who are accused of violating an anti-riot law could be targeted with a provision normally used against terrorist activity under proposed GOP legislation. Florida also passed a law cracking down on violent protests that had been championed by Republican Gov. Ron DeSantis, but a federal judge has blocked it from taking effect, calling the law “vague and overbroad.”

Minneapolis photographer Uzoma Obasi was invited to shadow George Floyd’s family in the wake of his May 2020 murder that sparked mass protests across the country. He took more than 30,000 photos with the goal of “documenting the humanity around George.” NBCLX contributor Greg Bledsoe brings his Family Geography Project to Minneapolis to share Obasi’s powerful images and his story.