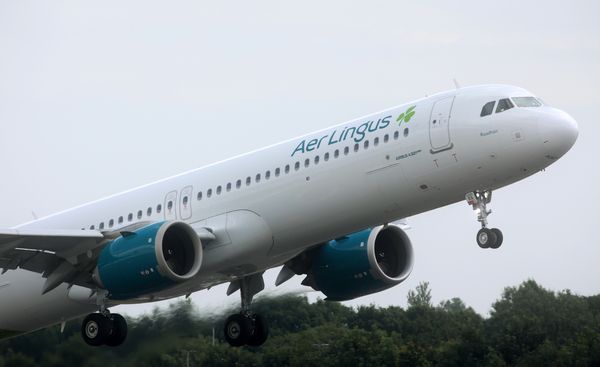 A surprise move by the US Government to announced the planned lift of the ban on travel from Europe from November has been welcomed by the Irish Government.

However, the unexpected development has caught major air carriers on the hop with Aer Lingus scrambling to resume service on a string of services which had been discontinued due to Covid.

Routes to Los Angeles, not due to open until the new year, Newark and Seattle are now all being reviewed as the Irish national carrier sizes up the opportunity ahead.

Sign up today to get daily, up-to-date news and views from Irish America.

“Aer Lingus is delighted to finally be re-uniting Ireland, Europe and the United States. Often referred to as the ‘51st State’ the connections between Ireland and the US are rich and deep, and we can now can once again connect families, friends and businesses on both sides of the Atlantic,” said Aer Lingus spokeswoman Susanne Carberry.

Shares in the company that owns British Airways, Aer Lingus and Iberia up more than 11 percent today on the news of the lifting of the US travel ban. pic.twitter.com/rO0FJYDDYi

“This is an ideal time for customers to book as our September Sale runs until the end of the month – it’s a great time to get amazing value on travel to the States – and we are putting on thousands of seats to accommodate the anticipated demand.”

And with massive pent-up demand from Ireland for travel to the U.S., it’s expected that a bumper winter travel season lies ahead.

Travellers to the US from Ireland will have to show proof of double vaccination and have had a negative test in the 72 hours before departure.

Commentators have linked the decision by the U.S. to lift the travel ban to the visit today by UK Prime Minister Boris Johnson and a desire by the White House to reward the British for their support for the new Australian nuclear sub deal. However, also in New York this week is Taoiseach Micheál Martin who has given the travel move the thumbs-up.

Micheál Martin was speaking after a meeting with Governor of New York State Kathy Hochul.

“It gives us confidence now that the final phase of travel and tourism is about to get a considerable fillip as a result of the decision,” he said. The Taoiseach is in New York to take part in a meeting of the United Nations General Assembly.

The news of the lifting of the travel ban on European visitors was also welcomed by the European Union.

No exact date for the November lifting of the ban has been confirmed by the White House but there is speculation that it could come as early as the first of the month.